MAKE YOUR OWN DVD! 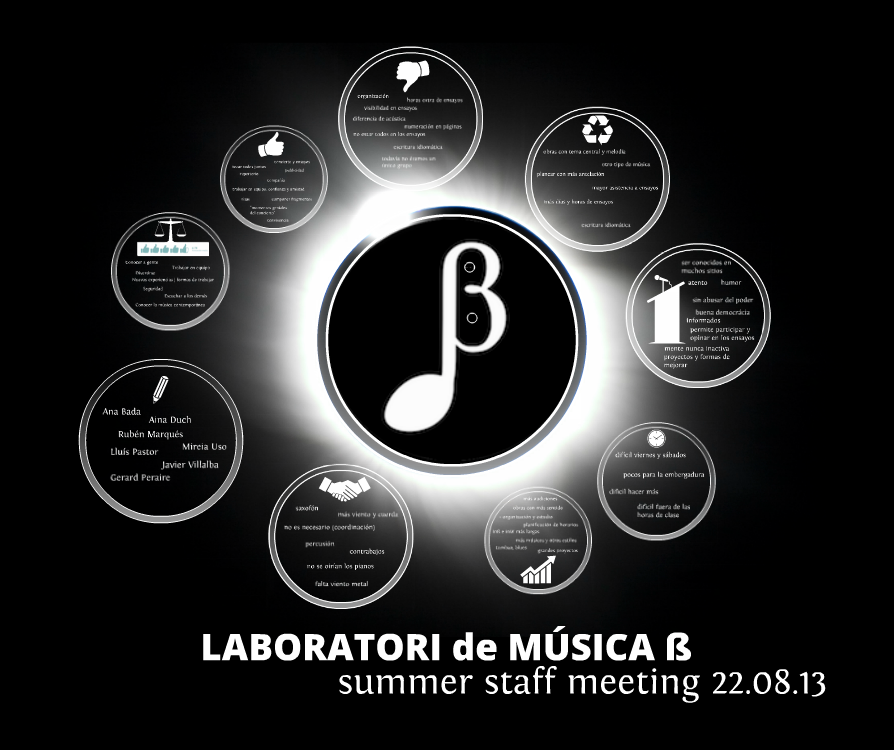 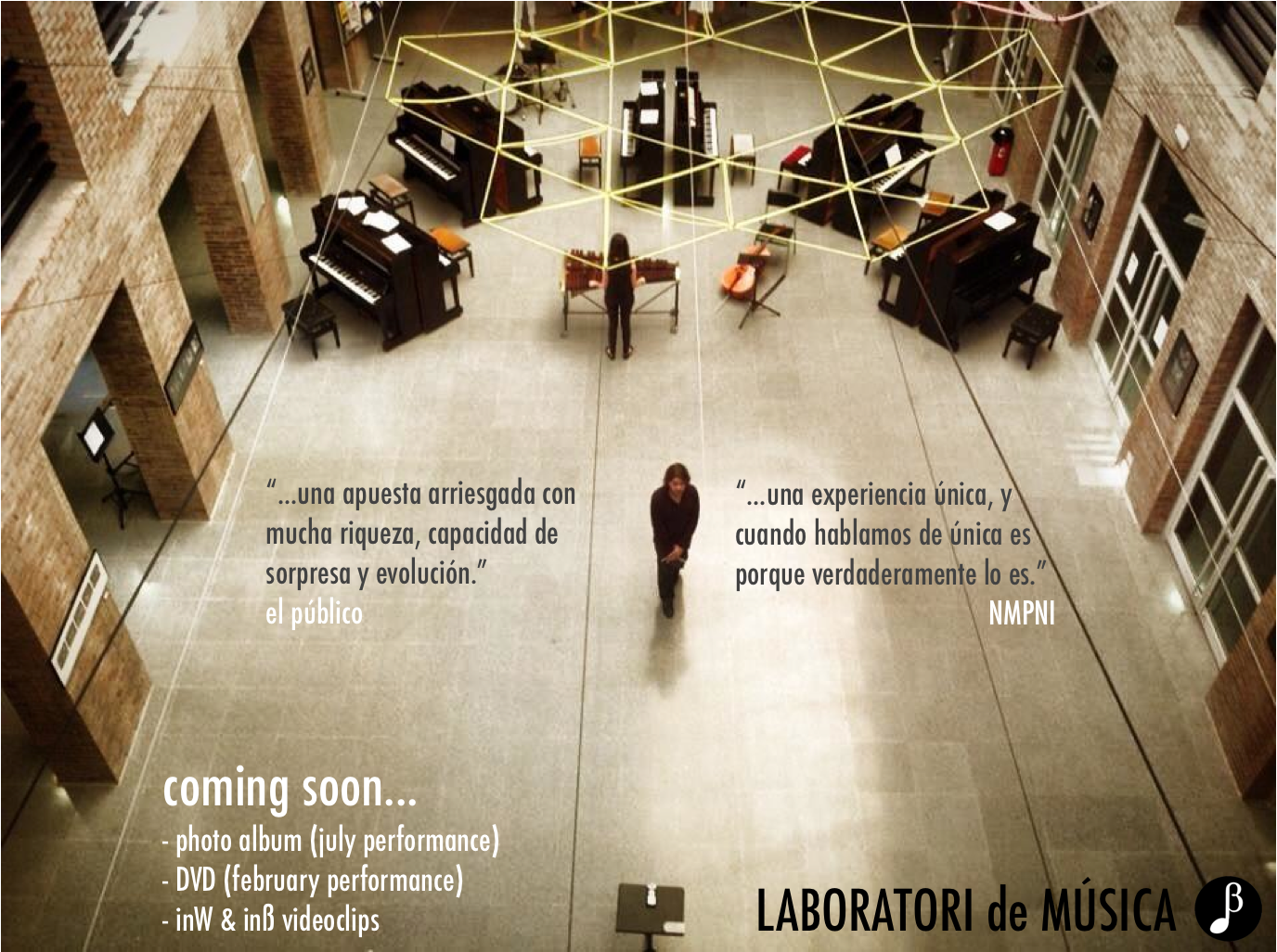 #inẞcs Did you enjoy our last performance?

The Big Day has arrived! 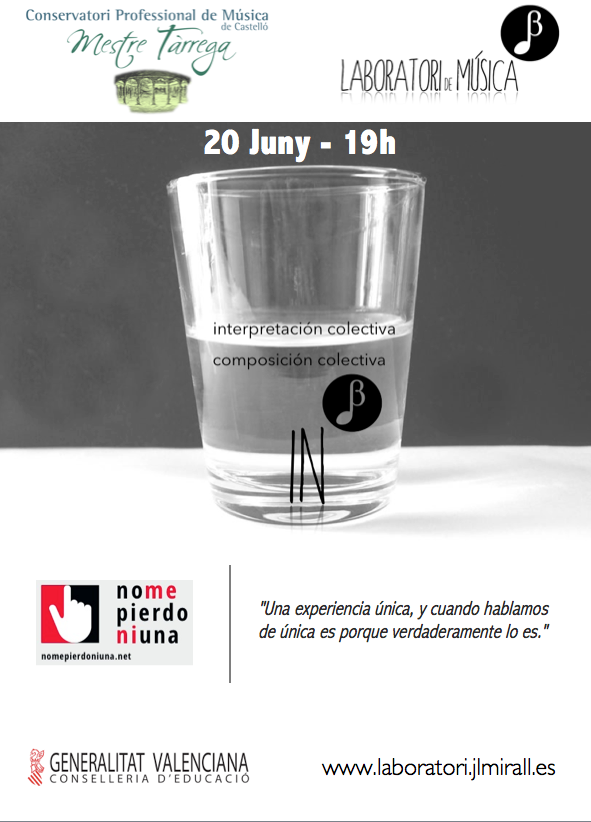 Thanks for this GREAT article! 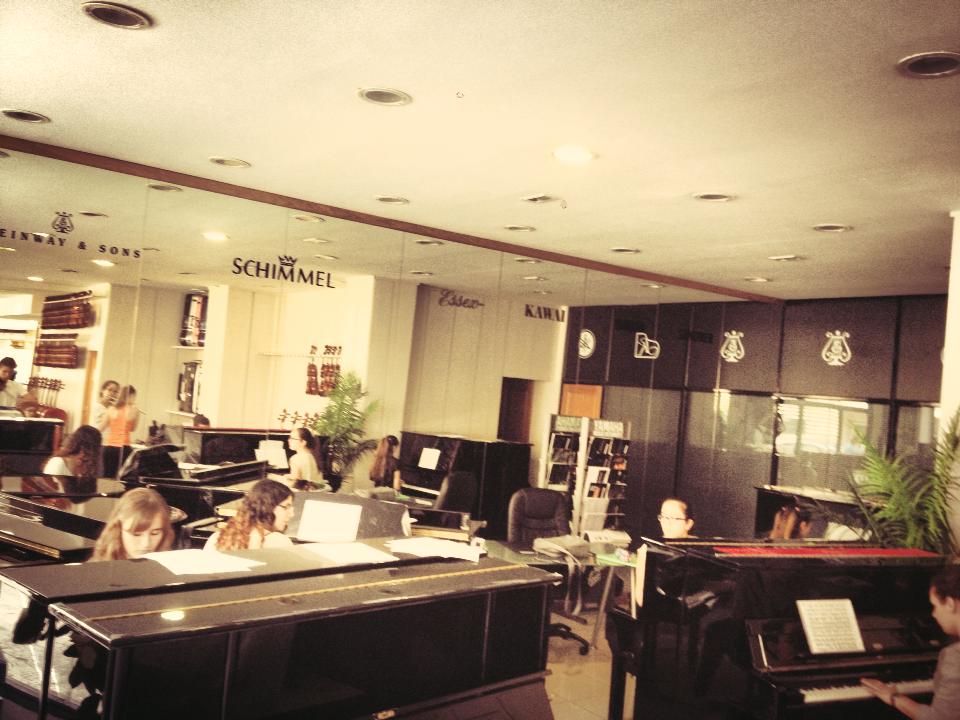 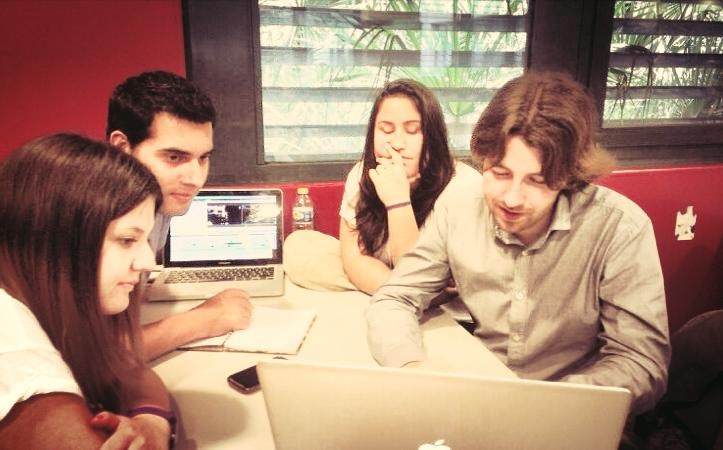 beta, after alpha marks a product ready to be tested in public

«Laboratori de Música ß» is a pedagogical project consolidated after several initiatives with a common spirit at the Conservatory of Music «Mestre Tàrrega» in Castellón. Project-based learning with a strong creative shape, innovation and entrepreneurship are the main directions of LMβ.

Under the artistic direction of José Luis Miralles Bono, the LMβ has the close collaboration of Professor Natalia Bort, and is open to all those students (and former students)  who wanted to join any project carried out by the LMβ.

What does the LMẞ do?

The initial core that raise the creation of LMβ formed during the 2012-2013 project #inCcs, when 10 pianos (and a few instruments …) played «In C» by Terry Riley in the Conservatory. Other activities that already have been part of the LMβ are sound creation workshops where students create the sound of animated cuts creating all the music with their musical instruments and their imagination. 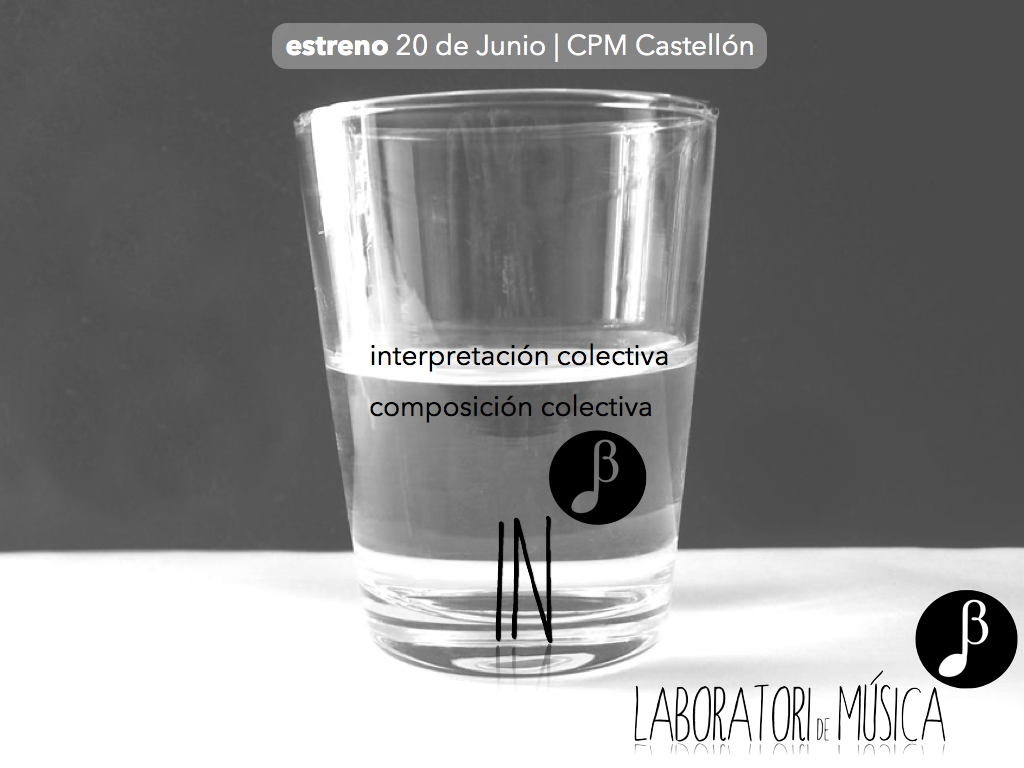 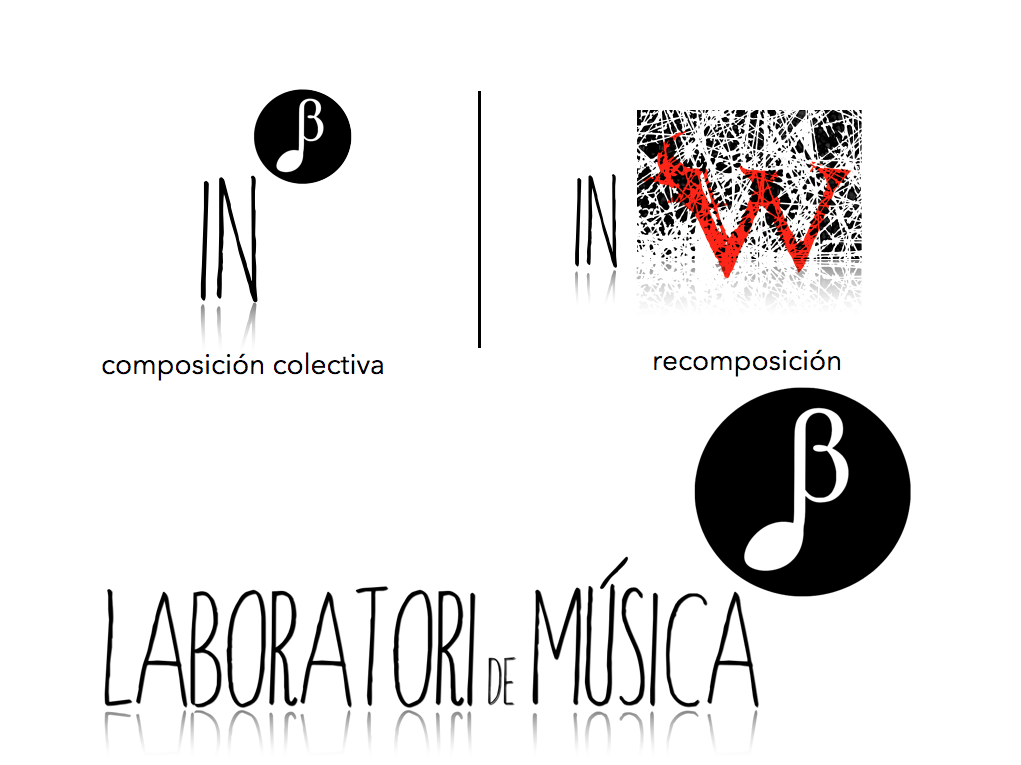 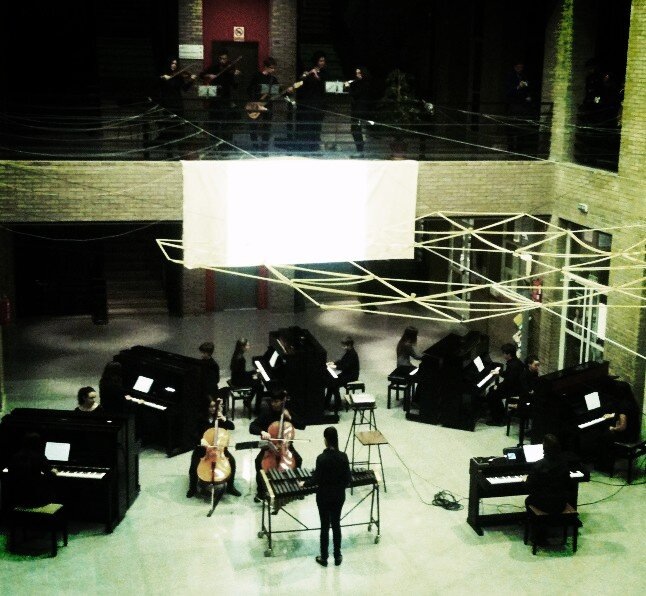 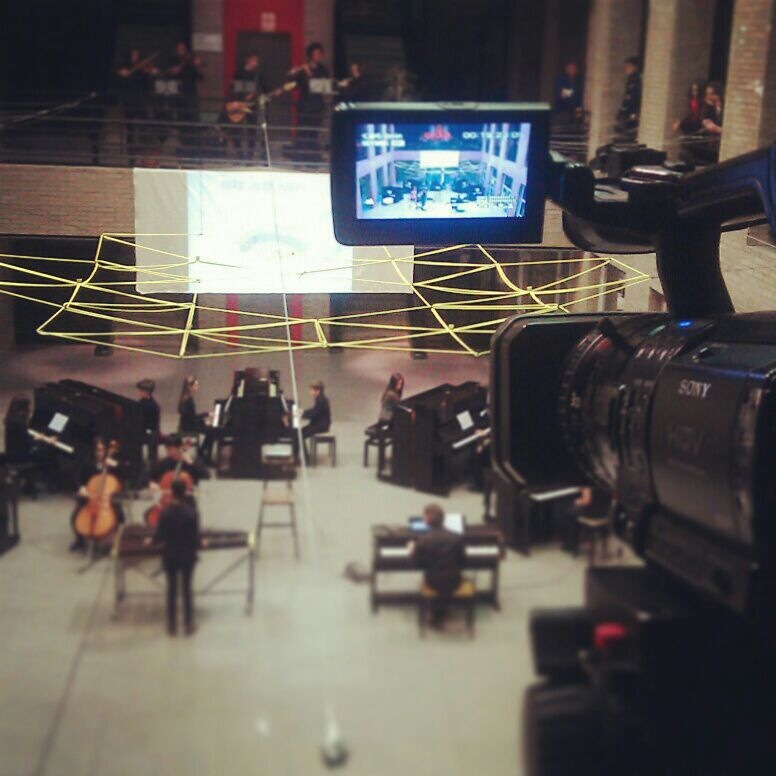 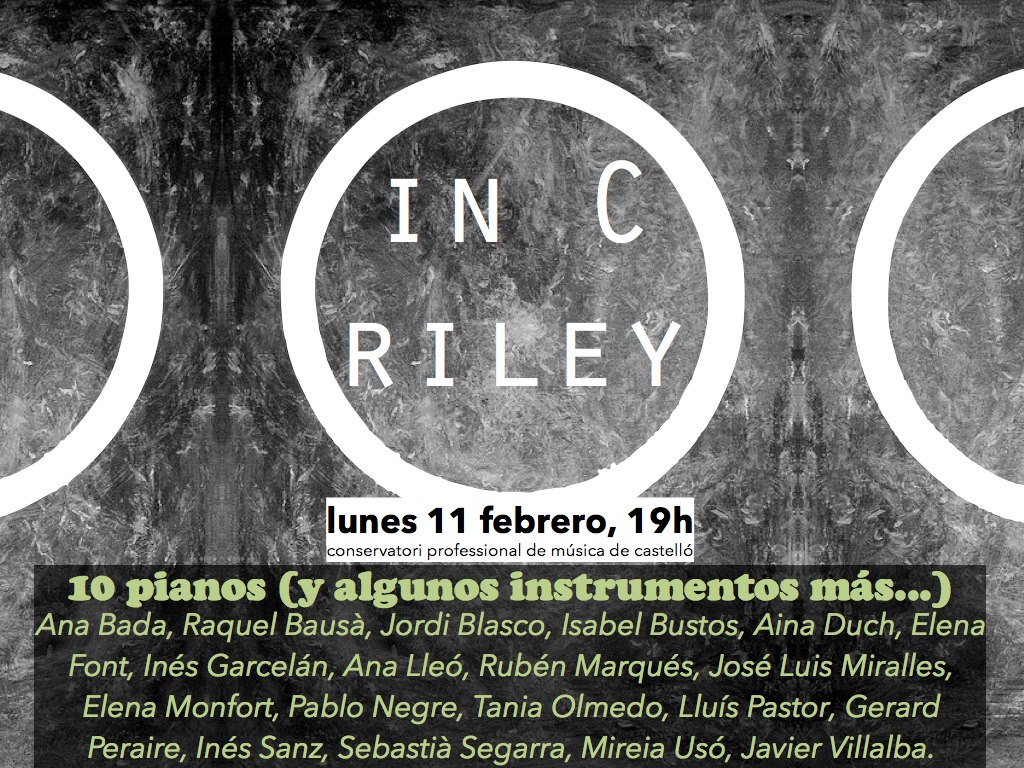 the place where we rehearse

the guys that filmed us 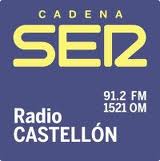 the radio who talks about us

the best of cultural events at Castellón!

the studio of our favourite painter: Arpit Biloria

the place where all the magic happens!